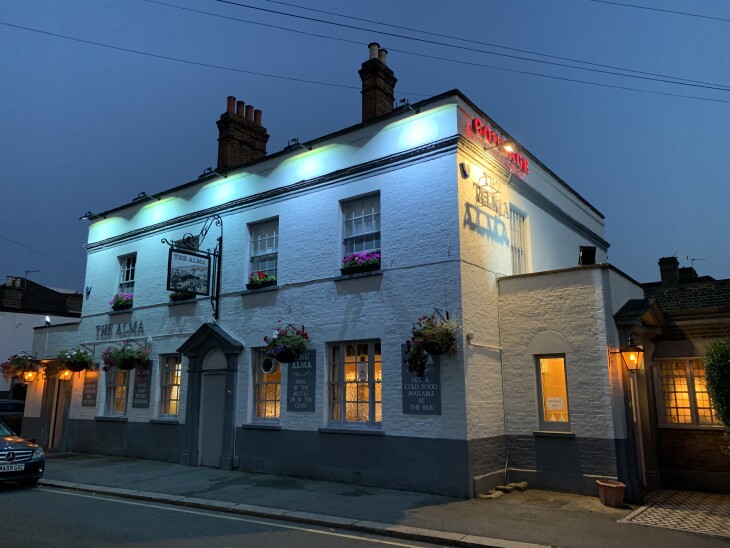 166 years ago today was The Battle Of The Alma, which ourselves along with pubs in Wandsworth, Worcester and Windsor have been named after.

The Battle of the Alma was a battle in the Crimean War between an allied expeditionary force (made up of French, British, and Egyptian forces) and Russian forces defending the Crimean Peninsula on 20 September 1854. The allies had made a surprise landing in Crimea on 14 September. The allied commanders, Maréchal Jacques Leroy de Saint-Arnaud and Lord Raglan, then marched toward the strategically important port city of Sevastopol, 45 km (28 mi) away. Russian commander Prince Alexander Sergeyevich Menshikov rushed his available forces to the last natural defensive position before the city, the Alma Heights, south of the Alma River.
Sign up
for news, offers and events

PLEASE NOTE: Our Christmas lunch menu is running from Monday the 7th and finishes on Tuesday the 22nd, it is only available Monday to Friday 12-2:30pm during these days.

Due to government guidelines we now have to be a restaurant! Why? We do not know, maybe it keeps COVID away when your eating! So we are now serving food all day every day, see the menus on your tables and ask your server what the days specials are. Of course our famous food themed nights will still be going ahead (see our social media pages for up to date information).

So just to confirm our substantial food will be available 7 days a week.